Whether you’ve installed macOS Catalina on a virtual machine or actually on your Windows PC via Hackintosh, you’d probably need to use the keyboard. Regardless of where you’re using Catalina on, there are definitely some changes to make. If you’ve attempted to install Catalina on VirtualBox, there would be probably some problem with the mouse and keyboard that won’t work. But that’s not a huge deal, we had covered it up in the installation and we’ve also done it separately for fixing this problem. Here is Windows Keyboard Equivalents To The Mac’s Key.

When it’s fixed, then you may realize is that your keyboard isn’t responding to what you were doing on Windows. Because of the differences between these two operating systems, their keyboards are different too. So they’ve different keys except for their ABC layout and minor things, those working keys are different on here. In this case, with these instructions, we’ll provide you all the keys of the Windows that are equivalent to the keys on Mac. Here is Windows Keyboard Equivalents To The Mac’s Key.

There are two ways you can access a Mac keyboard. Like the Windows, Mac has also the on-screen keyboard which pops up on the screen with all the keys. This is easy to use and it’s there within the Mac.

All you’ve to do is open up System Preferences then click keyboard.

Next, from the top, click on the A icon and select Show Keyboard Viewer.

But that isn’t quite useful all the time. Like for booting into safe mode, so this will won’t there.

This is where you’d need to do. Here are the most common Windows keyboard equivalents to the Mac keyboard which you can use.

These equivalent keys work everywhere on a Mac including startup and even on third-party software. In this case, they are completely useful and good to remember so it’s easy to work with. But for those who are new, it’s gonna be a bit difficult.

Beside that, there’s always room for customization that you can change the positions of the keys. The most common swap is the Command and Option keys. This is easy.

From the System Preferences, open Keyboard.

But this time click on Modifier Keys and there change the keys to your plan.

At the end when it’s done, there should be no problem using the keyboard everywhere. For some time, this would be somewhat confusing but with the past of time, you will be familiar with it.

That’s it. If there’s something you’d like to tell us, we’re happy to hear from you. 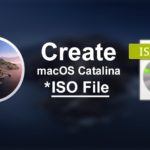 How to Install XCode on macOS Catalina on Windows

How to install Windows 10 on a Mac with an M1 chip: 3 Easy Steps

How to import passwords from Chrome to Safari on Mac: 3 Step Easy Guide

How to use, find, and create dynamic wallpaper on Your Mac? 4 Simple Ways

How to play PUBG on Mac? 2 Easy Methods