Apple is one of the massive manufacturers which makes many outstanding products, software updates, and many more products. One of the most popular and sold products are their computers. Apple computer which is known as Mac has really attractive hardware and many new features. Apple computers are known as Mac and the operating system which runs in is known as macOS. Here’s how to Install Windows 10 on Mac with Boot Camp.

Apple’s fantastic computer which most of the users like has got older and older and most users would like to try more than that. Some users buy Mac but with the time passes, they would like to experience a whole new world without cost. What they can do is use Boot Camp and dual boot their Mac computer with Windows without any cost and any harm to their device. In this post, I’ll show how to install Windows 10 on Mac with Boot Camp.

What is Boot Camp?

For installing any operating system in your Mac you’ll need to do enable Boot Camp. The latest version is 6.1 but it was done September 20, 2016. This update was done for new installations of Windows 7, Windows 8.1 and Windows 10 (64-bit only). That means Mac users can download and install various Windows version like Windows 10, Windows 8 / 8.1 and Windows 7.

Is Boot Camp The Perfect Option To Install Windows

If you are a Mac user you can install more than one operating system via Boot Camp that will definitely do that for you. But there are probably some upsides and downsides of Boot Camp. While virtual machines are the most popular option and even there are some pretty well softwares out there which do a great job of installing other operating systems. But since most users complain about the slow performance of the virtual machine, they want some more room to check and work with it.

Before we start the process, you need to have these two things in hand.

After you are into Microsoft website scroll down and select edition of the Windows. Choose any of the Windows edition. I want to download Windows 10 so I will select windows 10 but if you want any other edition, you can definitely choose that. After choosing the edition click to Confirm.

The next step you need to do is scroll down and you will see a new option that wants to know about the language. Choose your language and click on Confirm. 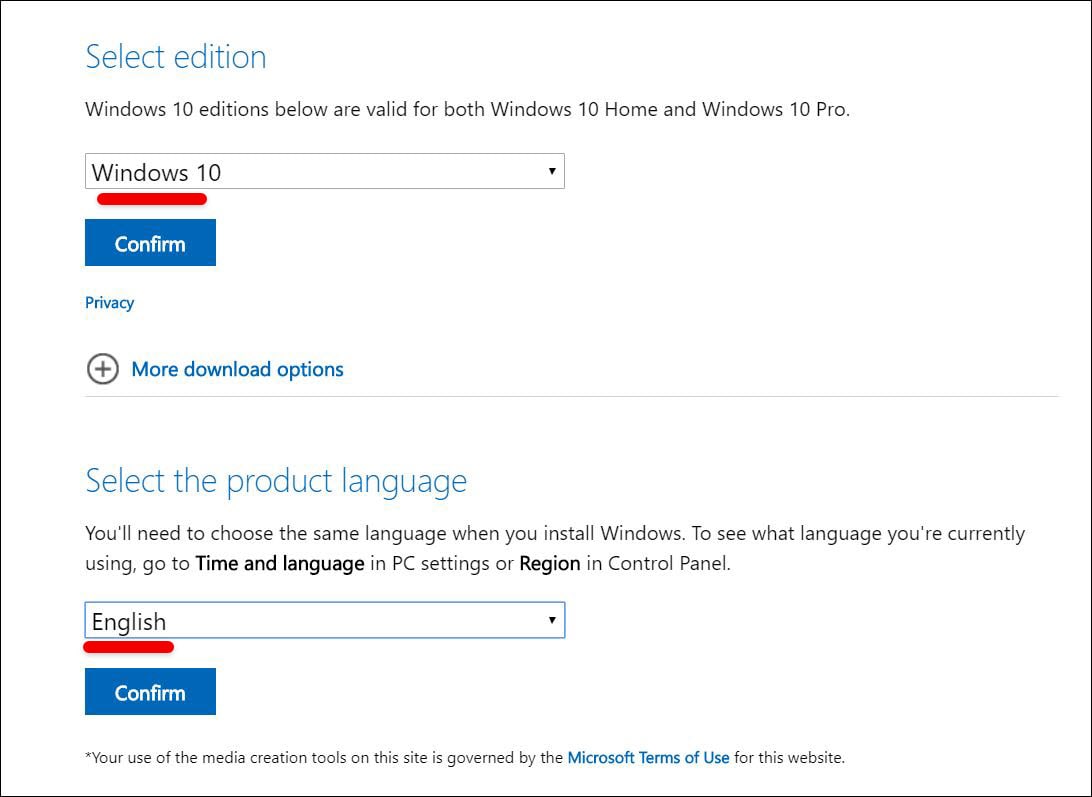 The window will pop you to which version do you want to download you should click on 64-bit. 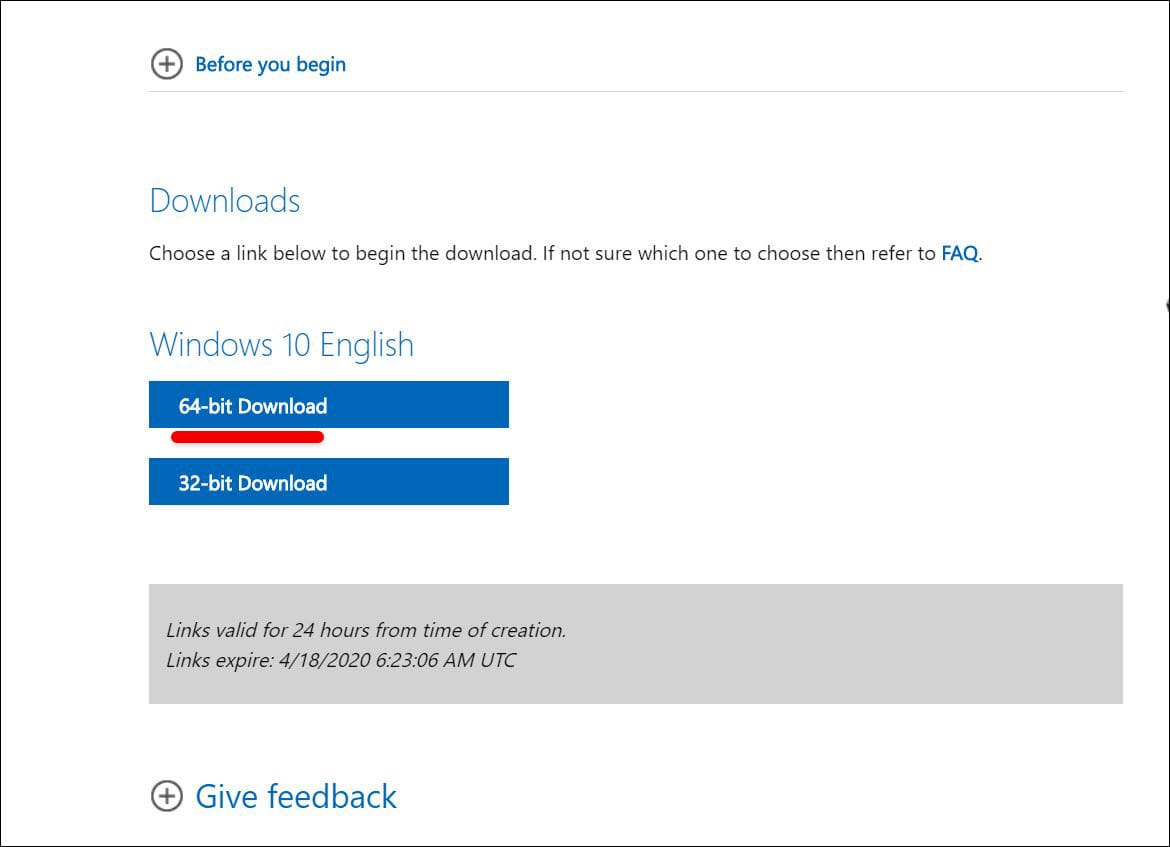 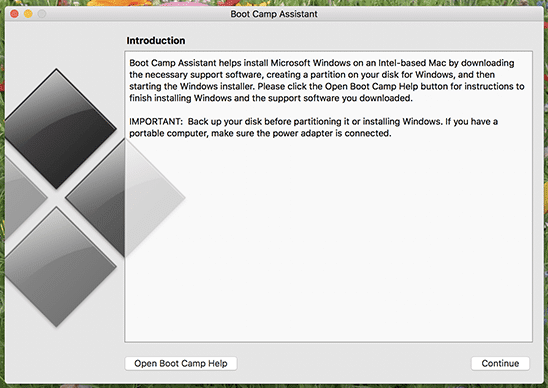 Set space according the storage on your Mac and also make sure you allocate enough space that both of them should work fine. For changing the space size simply click from the middle of these two and change it. When you’re done, click on Install. 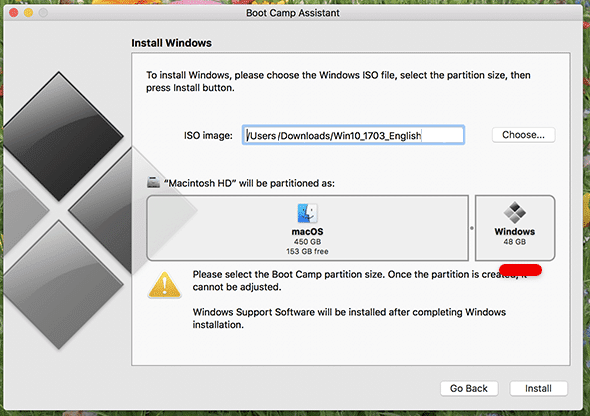 how to install Windows 10 on Mac OS with Boot Camp

The installation will run smoothly. 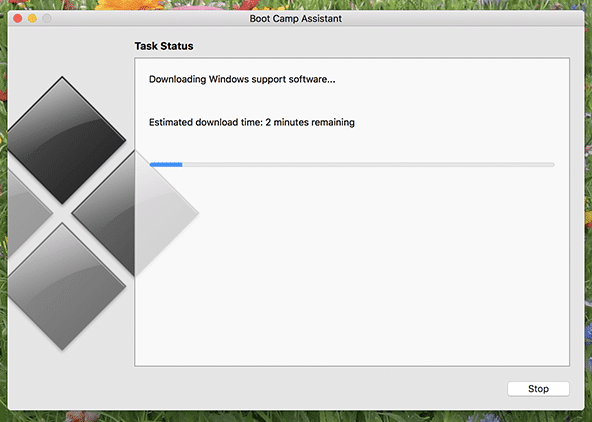 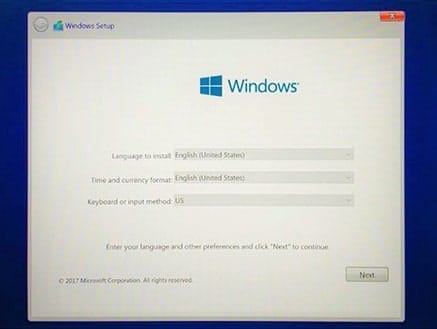 Meanwhile the installation, when the partition appears, select the Boot Camp partition you created. If you don’t or missed, you will probably lose everything in the macOS partition.

After the installation is finished, you’ll see the Desktop of the Windows. For working with Internet, Sound and other features, you’ll need to install the Boot Camp Installer. Fire it up and proceed with it. 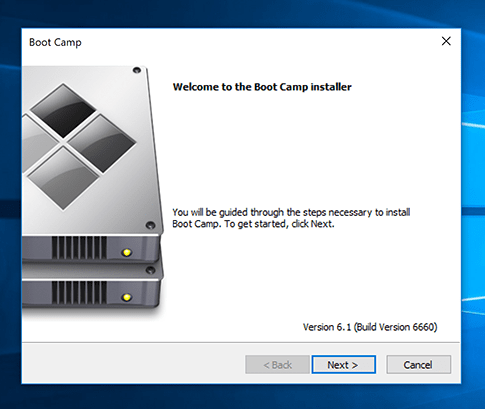 How to Boot Into Windows or Mac

Once it’s done, you are completely ready to use Windows. Now you can connect to Wi-fi, use Sound and do more.

To change the default startup disk, from Mac, head over to System Preferences > Authenticate > Select the desired start up disk and click Restart. It will automatically boot into the specific start up disk you selected so stick with it.

How to Remove Windows from Mac

After some while, when you want to remove Windows from Mac for some reasons, reboot into macOS and open the Boot Camp Assitant. On there, simply click on Restore. It will delete everything inside Windows specifically everything inside the partition and freeing the space for the Mac so make sure you take a entire backup of the drive beforehand. 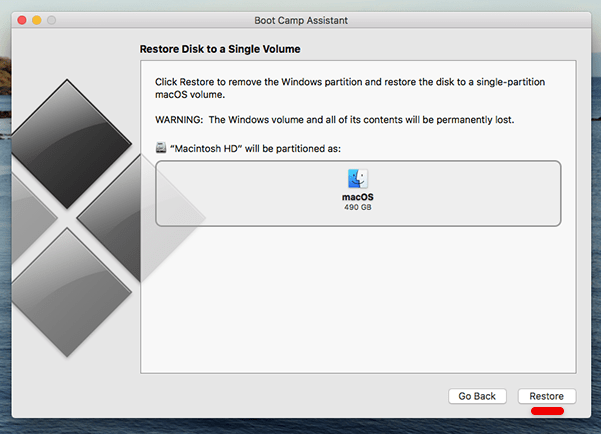 These the steps to install Windows 10 on MacOS with Boot Camp. It’s pretty easy with these steps. Whether you’d like to check software or explore out of your Mac, you could probably do it now with high performance like Windows on PC. You can also use internet, sound and almost any feature which is on a Windows actually on PC. There’s no difference. It works better than Windows installed on virtual machine like VMware or VirtualBox. It’s super cool.

That’s pretty much it. I hope everything should have went fine, if there were some mistakes or anything went wrong, let us know in the comments down below.