Computers are commonly used devices that a variety of manufacturers make computers with slightly different features, hardware, and software and sometimes with a huge difference like Mac. Almost any user who has at least seen computers could differentiate between Mac and other computers and operating systems easily. But not only from inside and even from outside, but there is also probably difference between Mac and Windows which doesn’t every Mac user knows about. That’s why most Mac users like and are curious enough to put some time aside and dive into Windows. Here’s how to How to Install Windows 10 on MacOS without Boot Camp.

Unlike Windows that Apple doesn’t allow macOS to be installed on, Windows allows Mac users to test and try out macOS completely. Any Mac user can thoroughly download Windows and install it with or without Boot Camp. Even they can install Windows 10 on macOS through virtual machines such as VMware and VirtualBox. We’ve one of those and we’ll also cover installing Windows 10 with Boot Camp. In this post, I’ll show how to Install Windows 10 on macOS without Boot Camp.

Windows 10 is one of the most used operating system around the world and it has been in the use of developers and people since July 29, 2015. But up from that time, it has received many updates since the release. The latest update was rolled out in November 2019.

In order to successful installation, you’ll need a handful of files we’ve listed.

Inserting USB drive is the first step for installing Windows in Mac without Boot Camp. To do this, you need to press the “Option” key from the keyboard. Then Hold the Option key for some seconds until the USB drive should appear on the screen.

From this part, the process is pretty simple. Go ahead and Next with the installation.

Decide on which drive to install Windows 10 on. You can choose any drive but if you have a backup of your files in one of the drives, so choose another disk and format it. After you are done click Next.

The installation process will soon begin so be patient.

After that step, the installation is completed and the computer will be restarted. You will see a page like here. This page is asking you to choose your drive. Our drive is the EFI Boot/Windows.

Choose the layout for your keyboard but if you have no ideas you can simply skip that.

After you proceed with a few settings, you are done now. When you’ve installed the Windows on Mac, a series of services won’t work such as Sound, Internet, Graphics and other. You can install it with Boot Camp. Go to Boot Camp and install the drivers of Windows with the help of boot camp.

Once that’s done, you’ll have all the services you had on your Mac like Wifi, Graphic sound and other.

Now you have Windows installed on a Mac computer. This is the easiest and most possible way to install Windows on Mac without Boot Camp. I hope these instructions work and be useful. You are open to comment, make suggestions or ideas for us, we’ll happily read that. You also can ask any questions or put the problems out in the comment section. 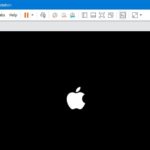 How to Install Windows 10 on Mac with Boot Camp

Why Do Antivirus Companies Keep Operating in the Era of Perfectly Protected Operational Systems?

How to PERMANENTLY Disable Cortana in Windows 10