Unlocking is perhaps one of the few iOS mechanics that has changed at least over the past 10 years. There were only three of them in my memory. The first time was when Apple equipped the iPhone 5s with a fingerprint scanner, the second time when it abandoned the Slide to unlock gesture, and the third time when it replaced Touch ID with Face ID. That, in general, is all. However, each of these innovations is truly difficult to overestimate, since they are all aimed at improving our convenience with you. But what if biometrics is not for you, you don’t want to give up your password, but every time you enter the coveted combination is frankly lazy? I have an answer.

I warn you right away: the method described below may not be suitable for everyone. Despite the fact that I will not offer you to abandon the password altogether – it will just remain – this is still a more primitive way to unlock your smartphone and tablet, which can be used not only by you but also by outsiders if they find out what here’s the trick. However, the situation with the password is approximately the same – if someone finds out it, most likely, this someone will be able to access your data. But we always hope for the best, don’t we?

How to automatically unlock an iPhone

The essence of the method described below is to force the iPhone or iPad to manually enter the unlock password. No, this is not the same as turning it off, because you can force the device to enter a combination only by a special voice command, which – presumably, of course – only you will know.

Now you can remove the lock from your smartphone or tablet without having to enter a password or use biometrics. You just need to press the power button, bring up the password entry window, and say the trigger phrase. In my case, this is Unlock my phone. After that, you will see how an invisible hand presses the buttons on your iPhone or iPad and unlocks them. It looks especially impressive the first time. True, if there are several important aspects that are worth remembering. 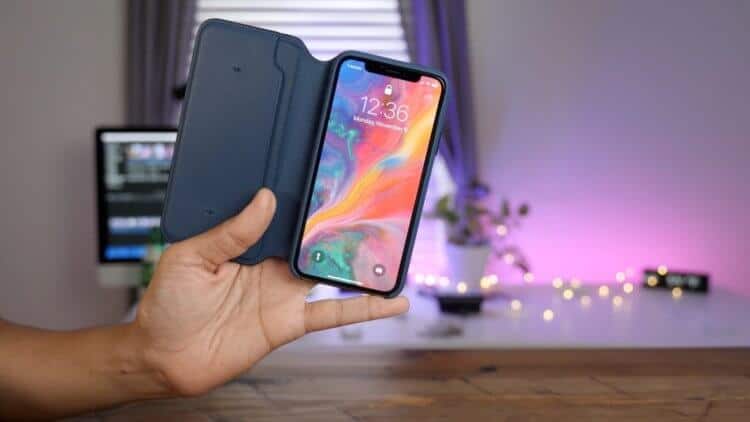 Is this mechanism convenient? Undoubtedly convenient, but only in situations when no one hears you. Because otherwise there is a risk that someone outside will be able to use your trigger phrase and, having taken possession of the device, unlock it. The fact is that iOS is not yet capable of recognizing different voices and, accordingly, cannot determine whether the owner is speaking the command or someone who cannot be obeyed under any circumstances.

you can also read:

How To Quickly Start Screen Record on iPhone