Home
Tech
How to Stop Facebook from Tracking You in Firefox

We use Social media every day especially Facebook. Reports show that an average person interacts more than 14 times a day. That’s what Facebook knows about. How Facebook knows is obviously it’s keeping an eye over by tracking you. That sounds pretty correct but that shouldn’t allow Facebook from tracking even on other websites. They could use that information to improve their website but that’s not the only thing these services use the information and data for. We won’t dive deep into what they will do with the data. In this post, we’ll show how to stop Facebook from tracking you in Firefox.

How to Stop Facebook from Tracking You in Firefox

While it can’t do anything about the information Facebook already has and will do when you’re inside Facebook, but it will definitely prevent Facebook from tracking outside of Facebook and future activity with the Firefox Facebook Container. Once it’s installed, it deletes the entire Facebook cookies, logs out of Facebook and closes Facebook only for the first time. How it shows itself is through the blue line under the Firefox tab. This shows that the extension is active and working properly. This will allow working everything inside Facebook and won’t block anything instead it will block any activity out of Facebook like external links that especially require log in details and it will definitely block Facebook from tracking you. 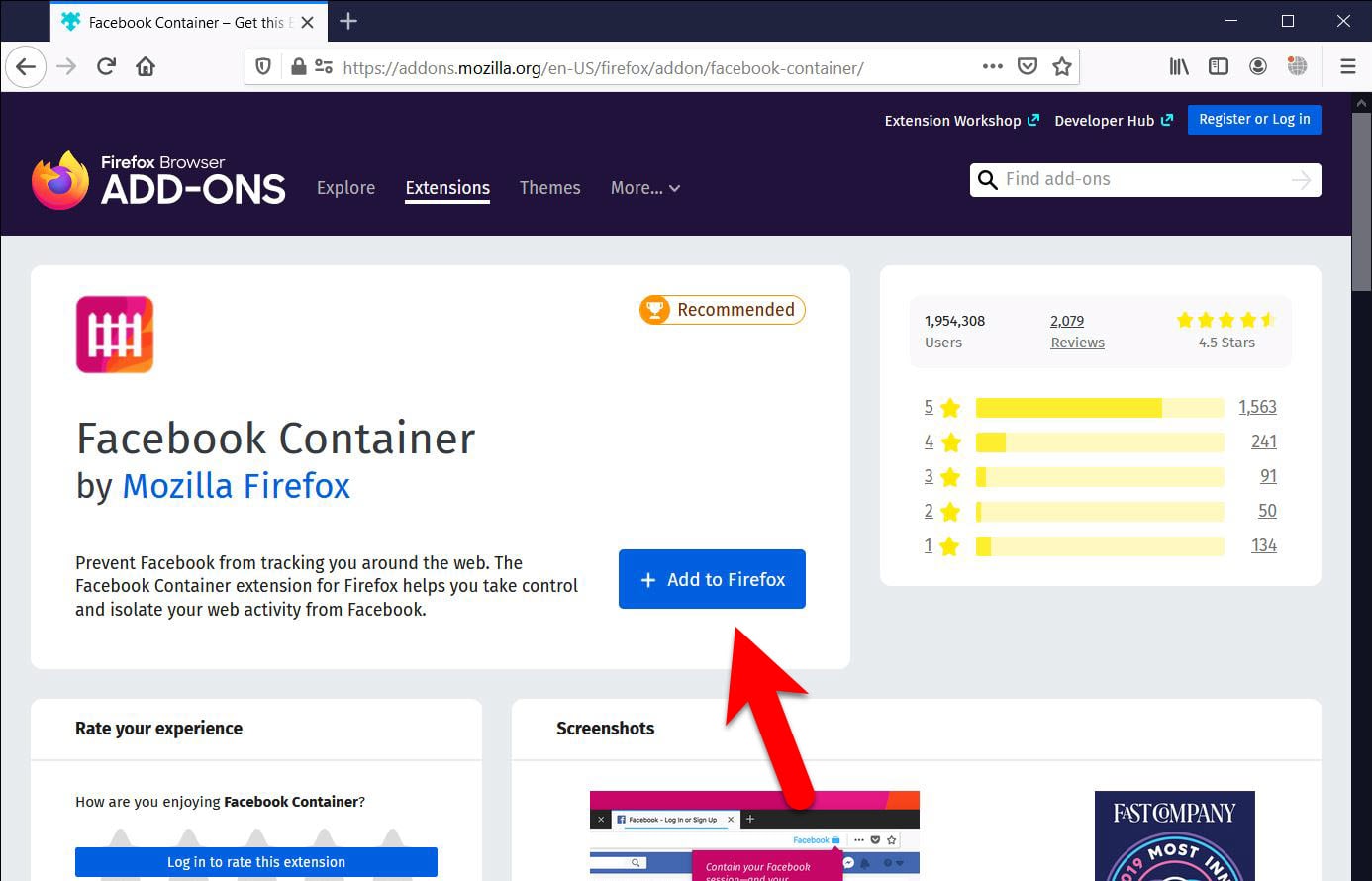 Now click on Add which will appear through pop up. 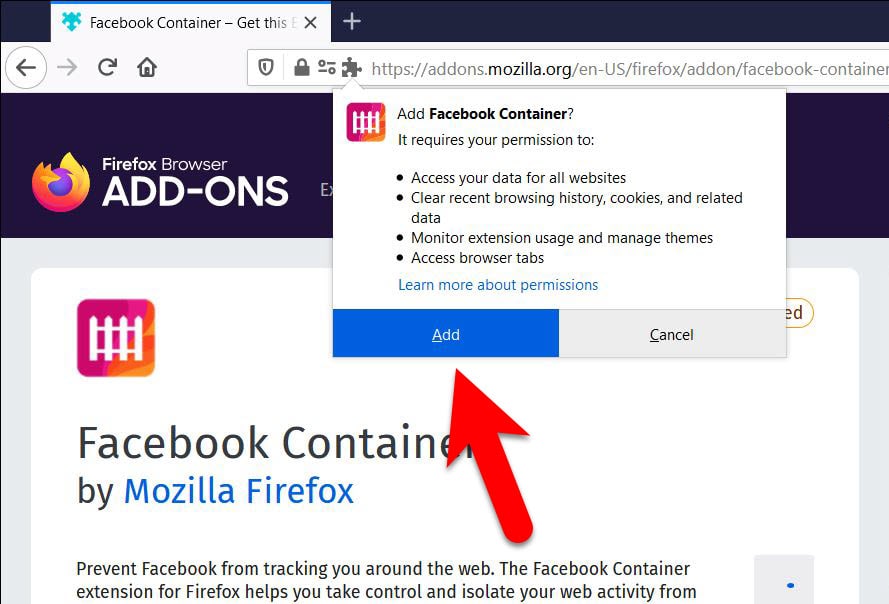 After it’s done, the extension should now have been enabled. We can check it easily. Simply look for a black line under the tab icon. Here’s how it looks like. 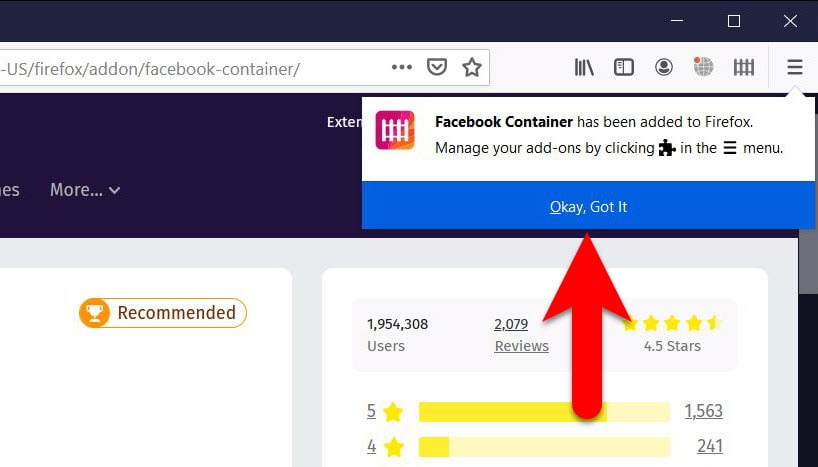 How to Add Exceptions

On the window, click Allow, and the settings will be done.

With these done, Facebook wouldn’t be able to track you outside of Facebook but only inside. Also, you will be protected from hackers and other vulnerabilities.

That should do what we want.  I personally have installed this for Facebook and enable it every time I use Facebook.

That’s it. If there”s something remaining, or would like to make some nice suggestions, I’d be more than happy to know.