If you’ve installed Kali Linux on VMware or VirtualBox or instead of Windows, you might have lost your password. While password is the key to an operating system, without password, it isn’t possible to enter it except resetting the password. If you forget your passwords frequently, it is wise to use a good password manager. That time, you can’t do anything and also can’t open your File and documents. No worries, we’ll fix everything and we’ll show how to do it with the steps below. If you’ve forgotten or lost password of Kali Linux, you will be unable to log in to your account there, here’s how to reset forgotten password of Kali Linux.

What is the wheel group in Linux

A system parameter that provides special system privileges allow the user to execute commands for official use that other users cannot access. The term is derived from the slang term for the big wheel (literally “big wheel”), which refers to a person with a lot of power or influence. It was first used in this field due to the TENEX operating system, later distributed in the 1960s and early 1970s as the TOPS-20.

Modern Unix systems typically use user groups as security protocols to manage access rights. The Wheel Group is a special group of users that is utilized in some Unix systems to control access to the sudo command, which allows the user to become another user (usually a superuser).

What is single-user mode in Unix

Single-user mode is a mode in which a multi-user computer loads the operating system into a single superuser. This mode is primarily used for multi-user environments such as network server service. Some tasks may require special access to shared resources.

First, switch on the Kali Linux in VMware or VirtualBox or anywhere else and enter your password.

Once this message appears, press Restart.

Next, head down with keyboard and when you find this, change the “ro” here to “rw”

At the end of the line add the following command: “init=bin/bash” and when it’s done, press F10 to save and restart.

When the system reboot, on this screen, enter “passwd root” and hit Enter. Next, enter a new password. Actually, it won’t show up but in actual it does type so when you’re done hit Enter, and then retype the new password and hit Enter. It will be all set.

Now head over to the file menu to Machine > Reset (Host + R) and select Reset. However, Kali Linux on VMware or dual boot or Kali Linux installed instead of Windows, you’ll simply need to reboot. No need to reset or do anything more.

It will reboot and try to reset everything up. Once it’s up, it will automatically start up within 5 sec.

When the machine rebooted, you’ll be on the login screen, so type the default root as username and password both. It will work.

The password has been reset now and there should be no problem. Once you’re in the desktop window, you can change the username and password from there and that will be all done.

The instructions will end now and there no more steps to do. If there’s some questions or would like to make some nice suggestions, we’re happy to deal with. 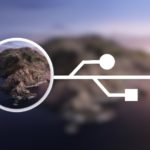 How to Create Bootable USB Installer For macOS Catalina via TransMac

How to Create Bootable USB for Kali Linux on Windows

How to Fix SIM Not Supported on iPhone

How to Install Kali Linux ISO For VMware & VirtualBox