Windows is awesome. Ever since I’ve started using computer, I’ve used Windows and it’s constantly updating every month and every year but what’s new, is, Windows 10 and particularly Windows 10 2020 May update is out. Just like every update, this Windows 10 update offers high performance over search, smart changes to Cortana, updates to Cloud and a few more. Without these, Microsoft has made so many effective and powerful updates before this which were whether asked by users or were required. Here’s how to Install Windows 10 on VMware Workstation Pro.

If you’re a Windows user, you would probably update to it. That’s the latest version and everyone does and wants that. But if you’re a developer, security administrator or app or software builder, you wouldn’t risk your computer and particularly your Windows operating system. In this case, you would probably want somewhere else to test and try out those. But assuming there’s no other option except another computer with Windows. This is where the magic happens.

A hypervisor is a virtualization layer that allows a number of operating systems to use and work on a single device. Each operating system or machine requires physical resources such as memory, CPU, storage, etc. In some simple words, a hypervisor is a virtualization layer that converts the physical hardware into virtual hardware. And controls the sharing sources between virtual hardware. examples for hypervisor is VMware ESXi, Microsoft hyper V, Citrix Xenserver, and the upcoming ones.

VMware Workstation is a full-integrated Virtualization tool which will be running multiple systems at the same time. But VMware Player, on the other side, is only meant for running a single system. It can’t connect to an ESXi Server (vSphere) or make snapshot.

If you want to install Windows 10, you need some prerequisites for this process. You need to download and install these software.

After the downloading of VMware Workstation Pro completed, you need to install it for running that on your computer. For installing it double click on the setup file and it will open for installation. You might see a notice like this. And click Ok. So let’s how to Install Windows 10 on VMware Workstation Pro. 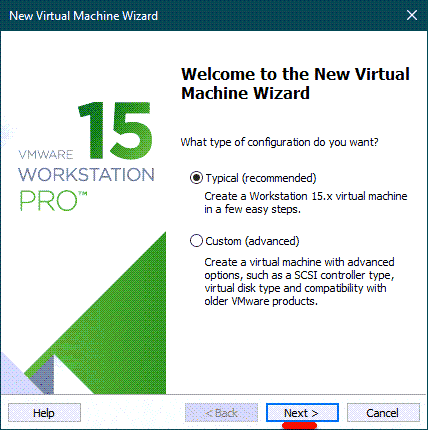 The welcome wizard of VMware Workstation Pro will show up and click on the Next button. 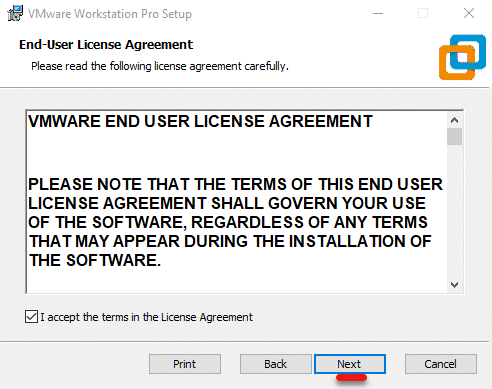 Choose where you want to install VMware on the disk and click Next. 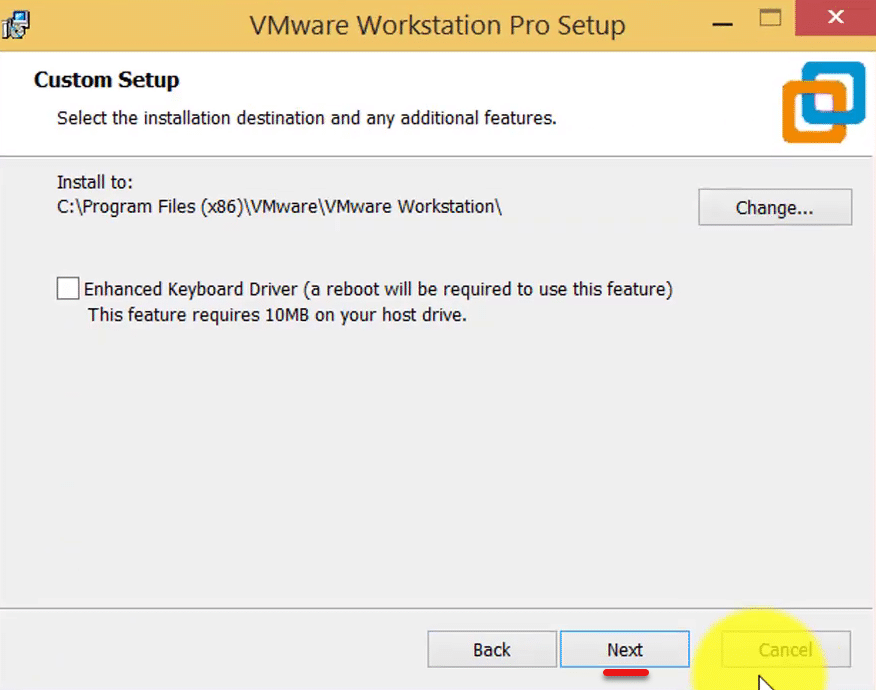 In Users Experience Setting, mark the options if you want and click Next. 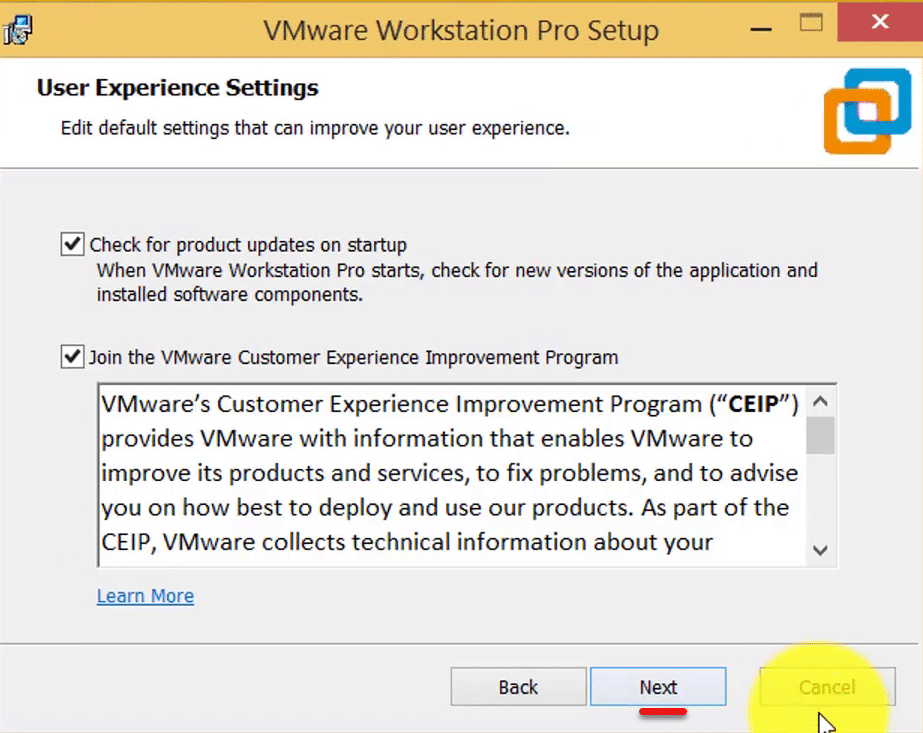 Select where the shortcuts should be installed. Select one or both of those and click Next. 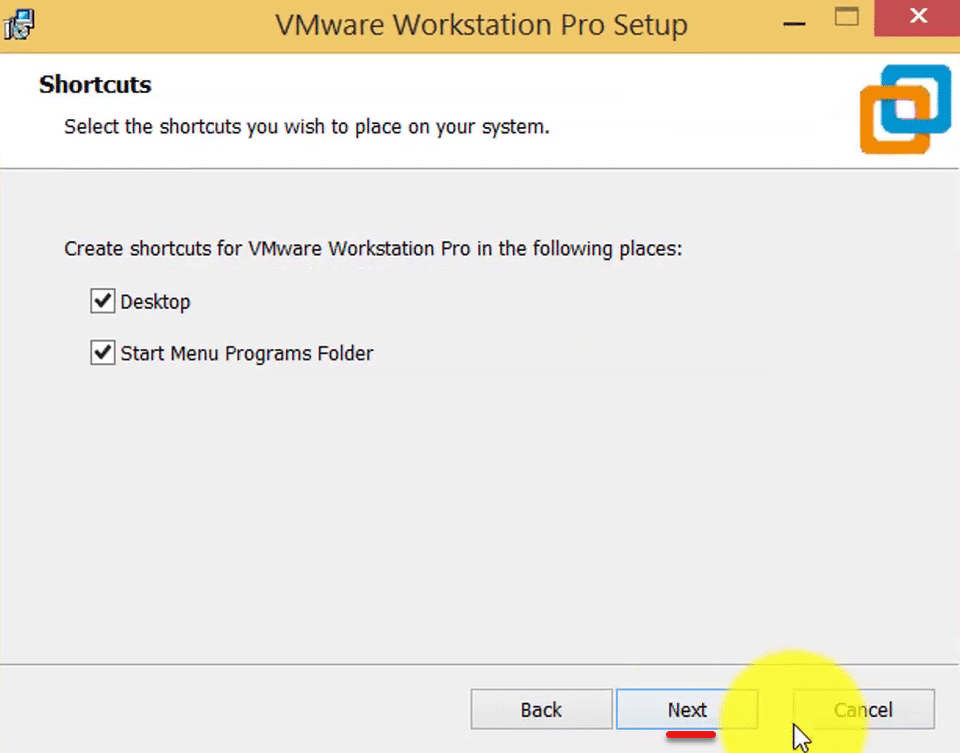 The setup is done so click on the Install button. 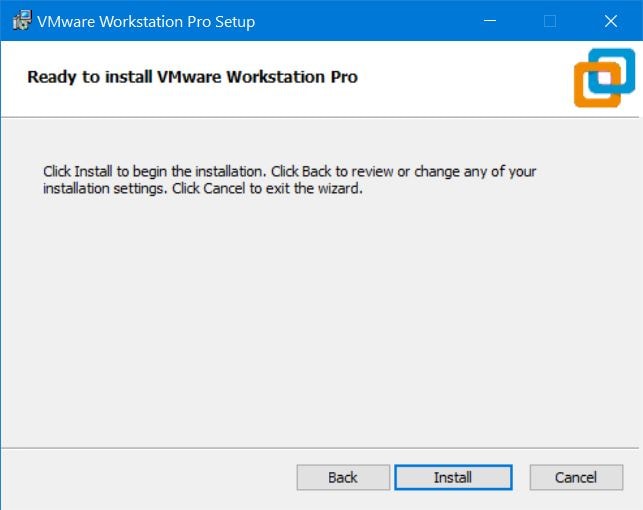 After the installation is done, a page will appear. Click on the Finish button to complete the process. 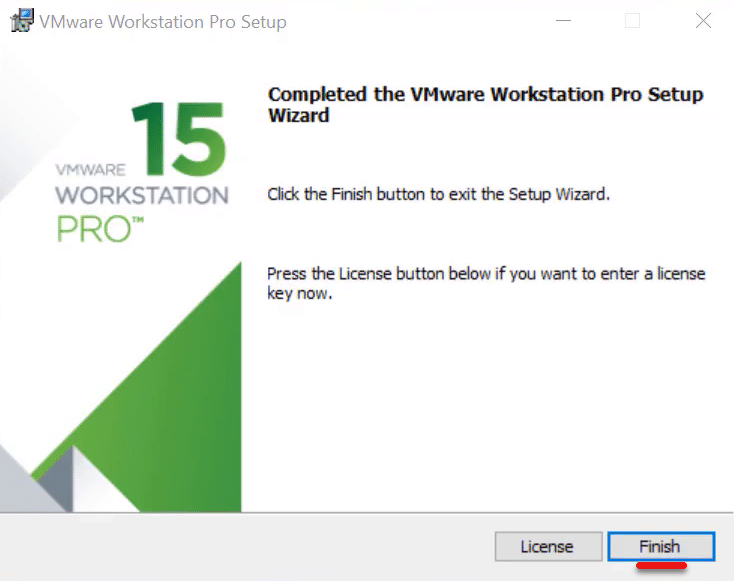 After the installation, from the home menu click on Create a New Virtual Machine. 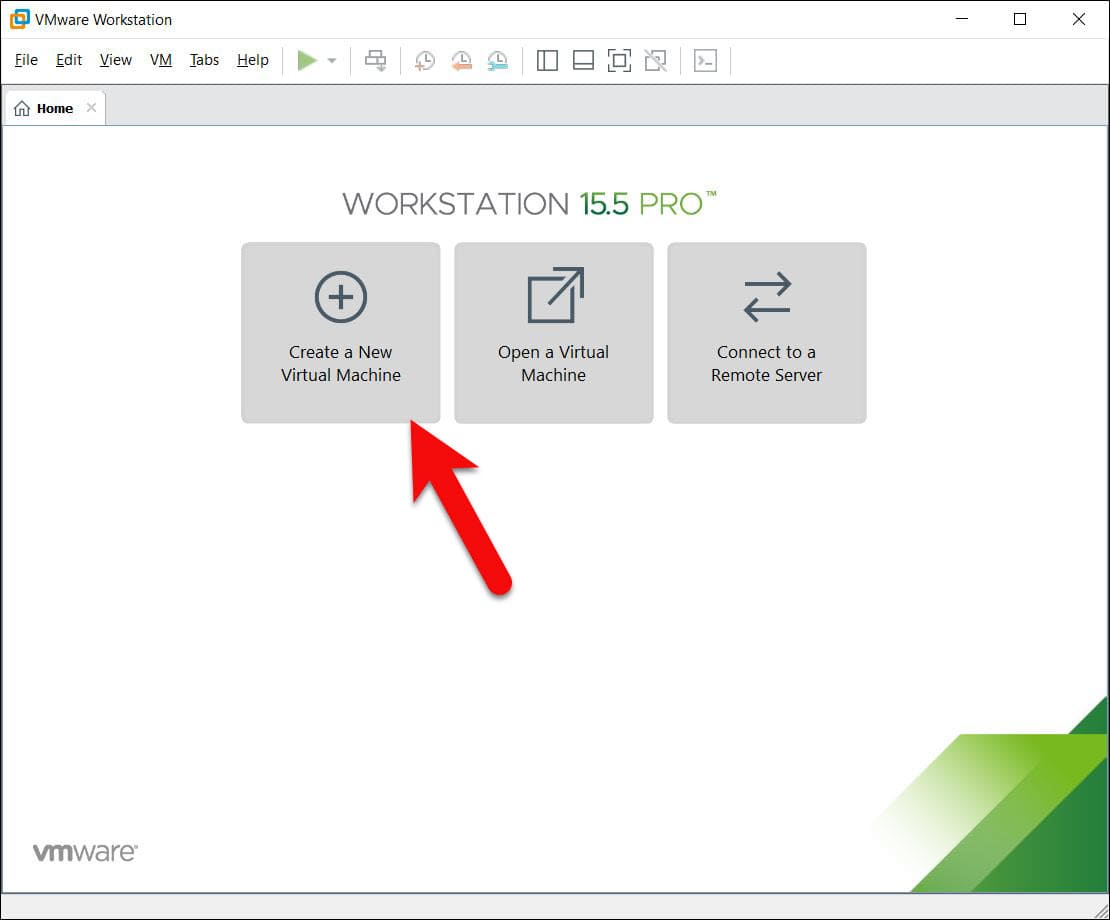 In the welcome wizard of VMware virtual machine select Typical(recommended) for the configuration and click Next.

On this page, select hardware compatibility. You can choose any of the options but I will select the latest version of Workstation. After the selection click Next. 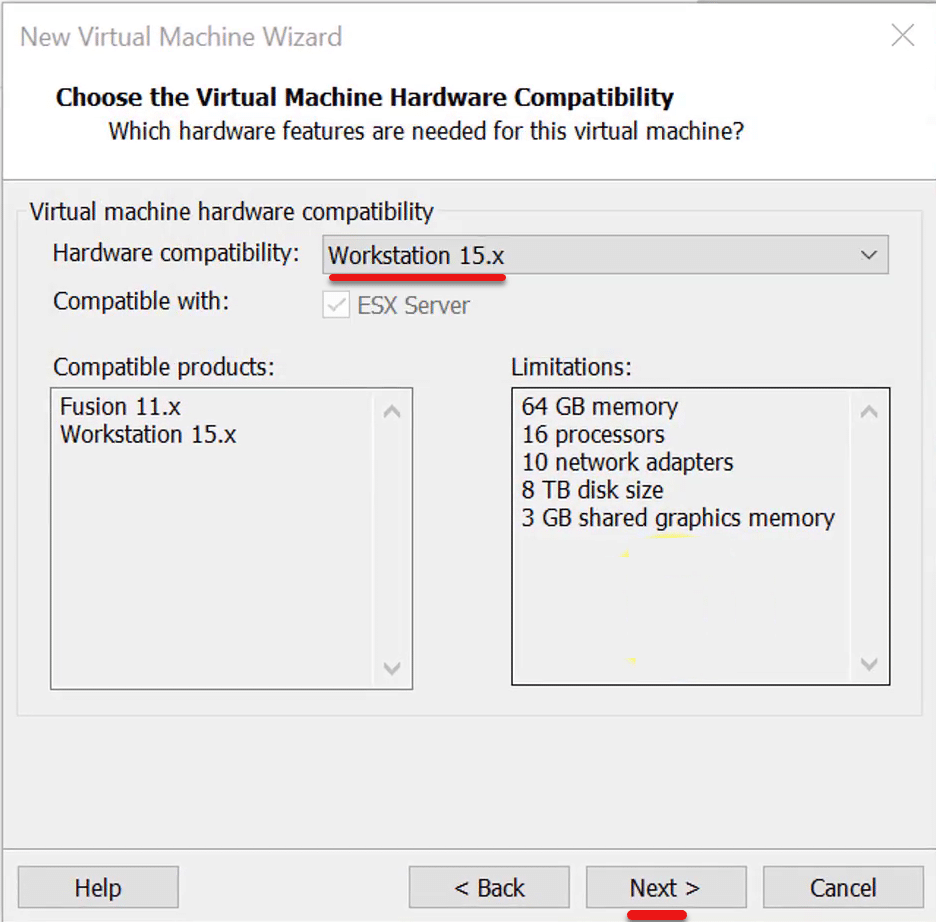 I will install the operating system later

On this page, select Windows 10 as the guest operating system, and hit Next.

On the firmware, type select UEFI and Click Next.

For processor configuration, we recommend typing one operating system but you can choose as required. 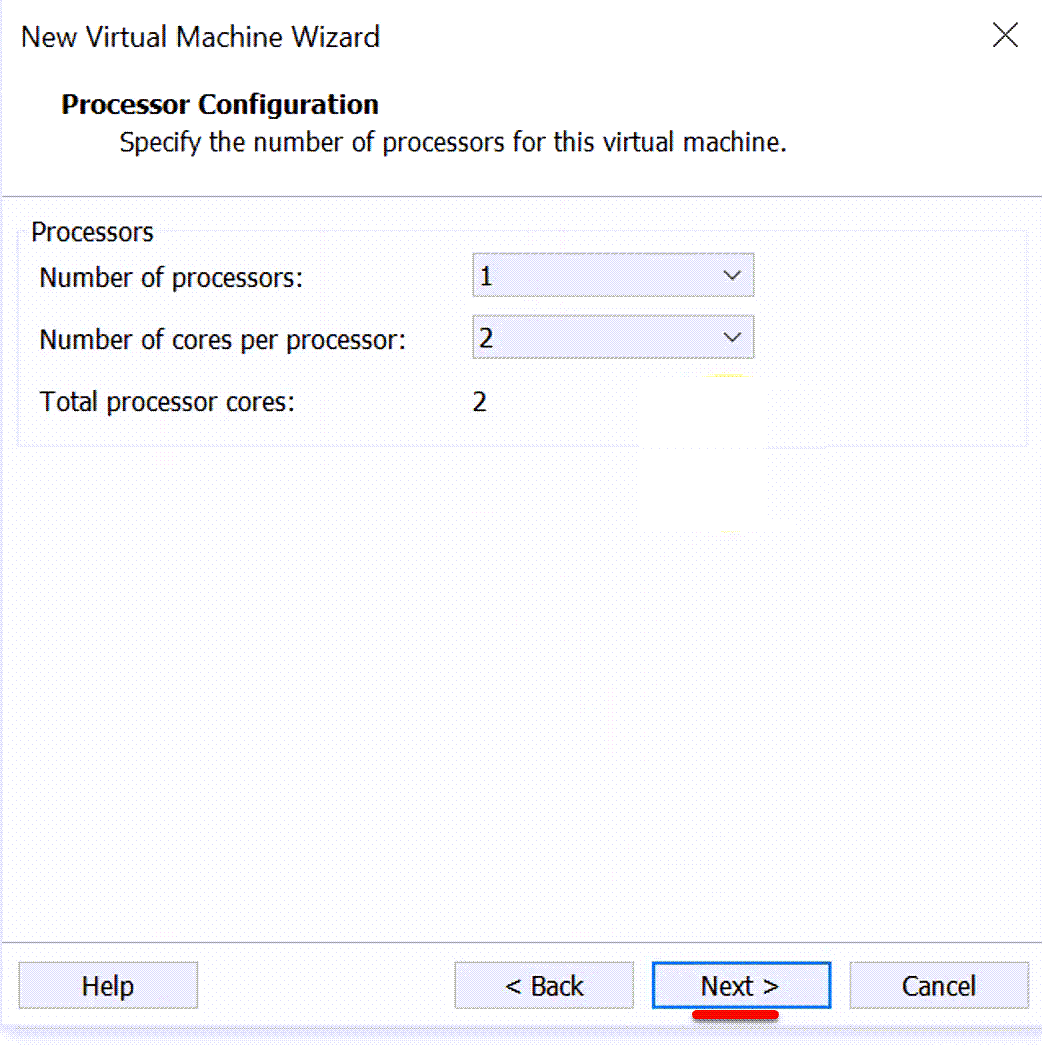 Choose the amount of memory so I’ll use 2GB memory size. But you can change that later. And click Next.

Choose how the virtual machine will be connected to the network. The best option to use is the Use Network Address Translation (NAT). 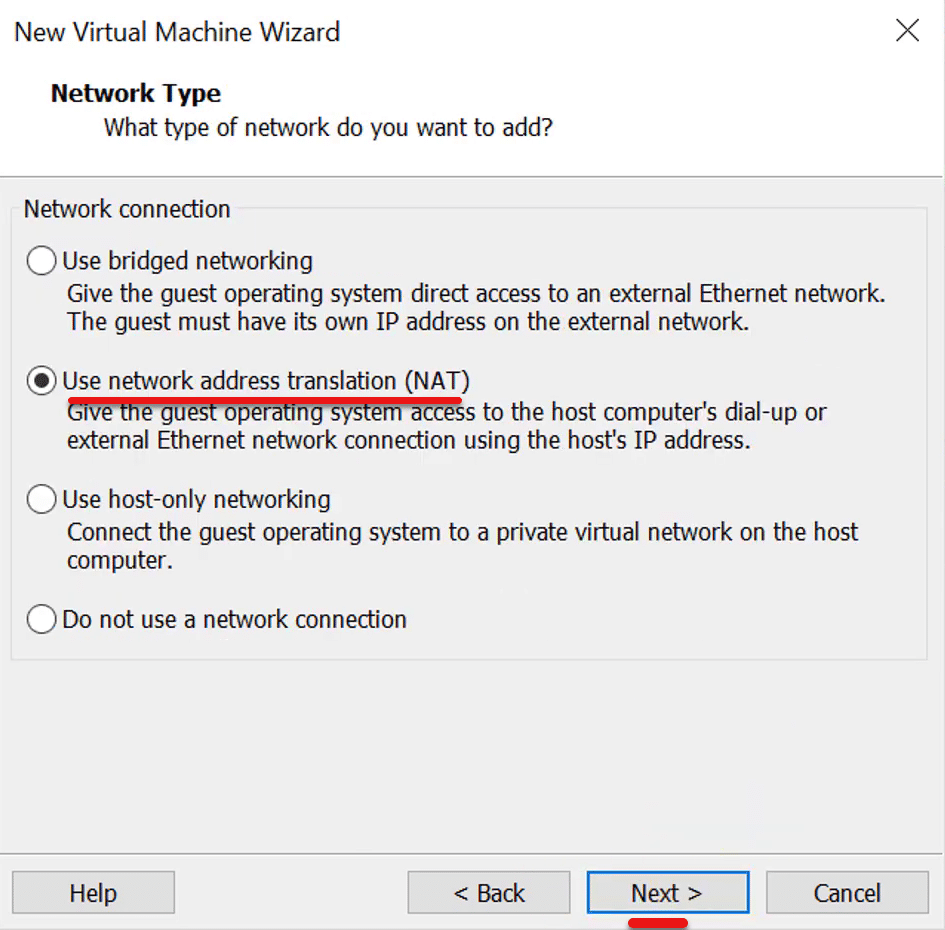 In select I/0 controller type, select LSI Logic SAS and click Next. 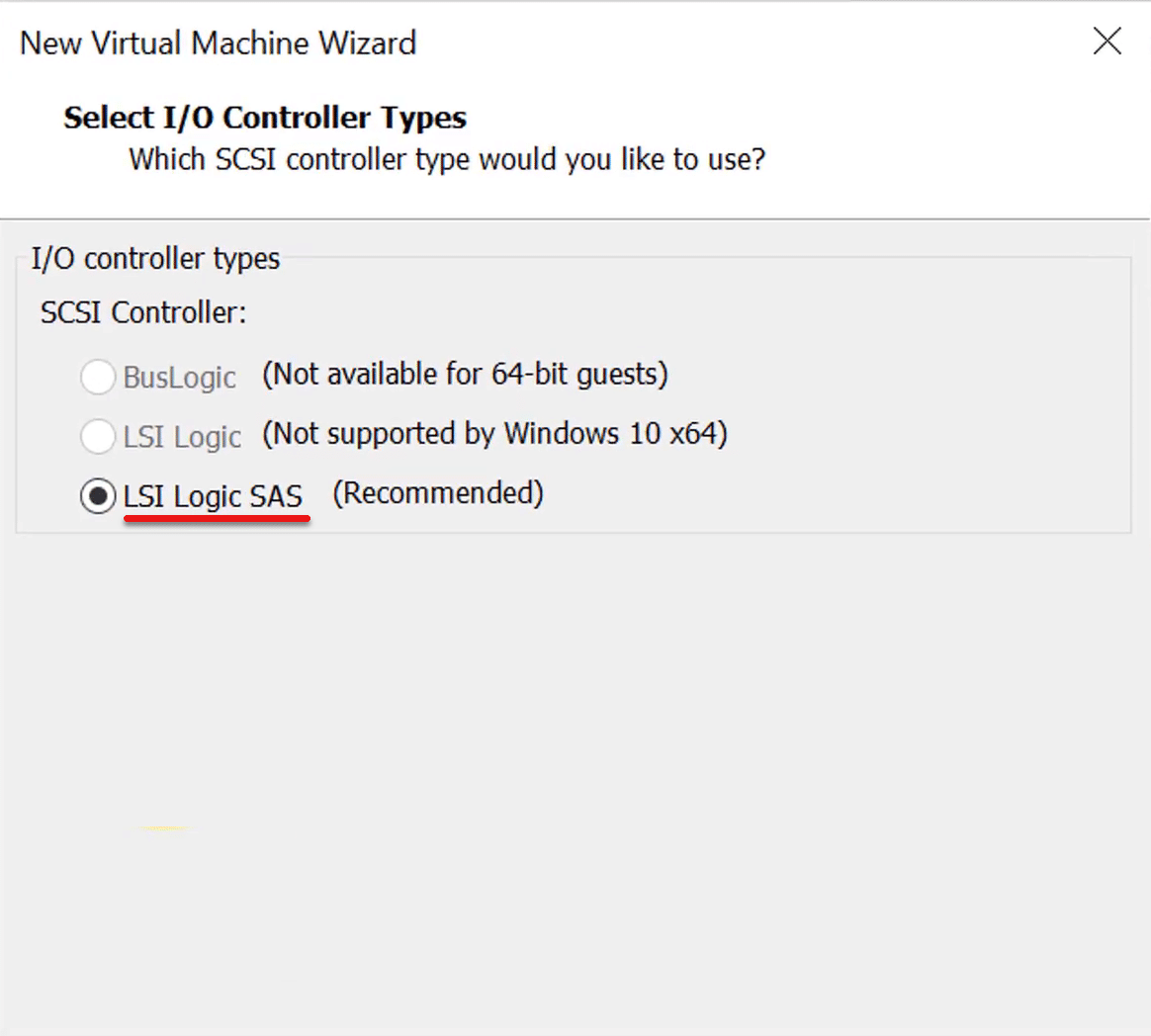 On this page, you’ll need to choose which disk do you want to choose. And click on Create a new virtual disk and click NextChoose the size for disk capacity at least 60 or more GB. From the options mark the first option which says Store Virtual disk as a single file. And click Next. 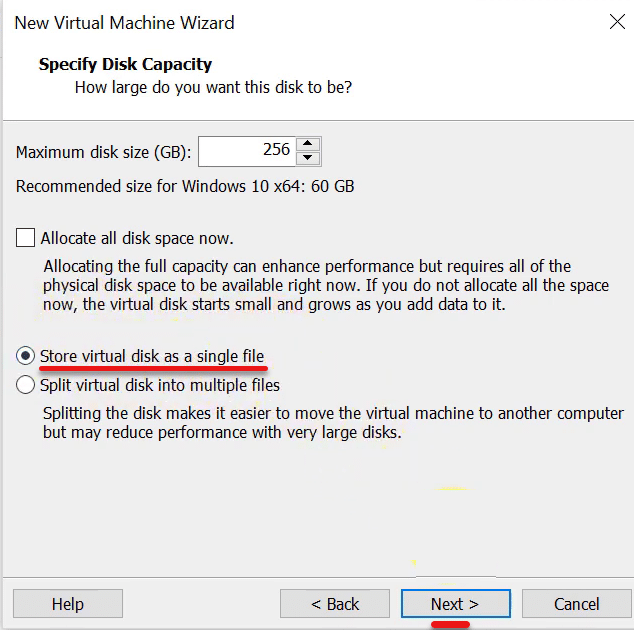 Enter the name for the virtual machine and browse it. At the end click Next.

Name for the virtual machine

After clicking Next you will see a summary of all the setup. Check that and click Finish.

Now we have created our new VMware and it is ready to use.

After the downloading of Windows 10 ISO setup, you need to create it. For creating double click on the file. The installation wizard will open.

On the first page, select the second option which says Create installation media. And click Next. 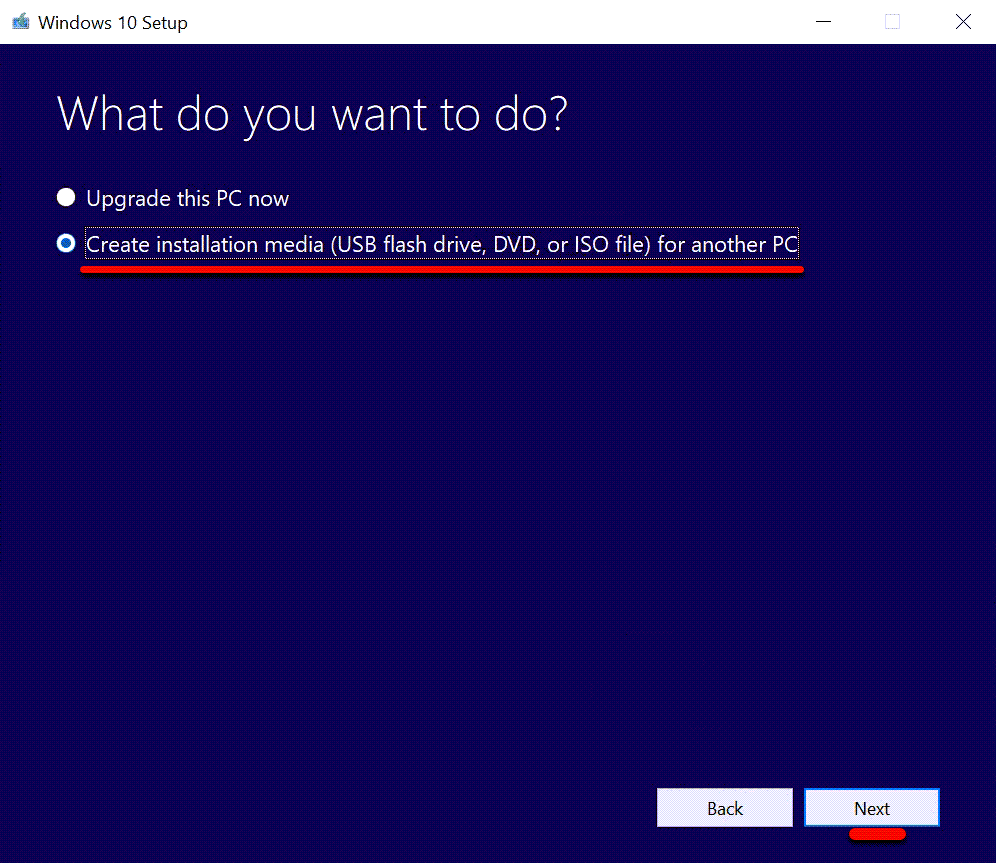 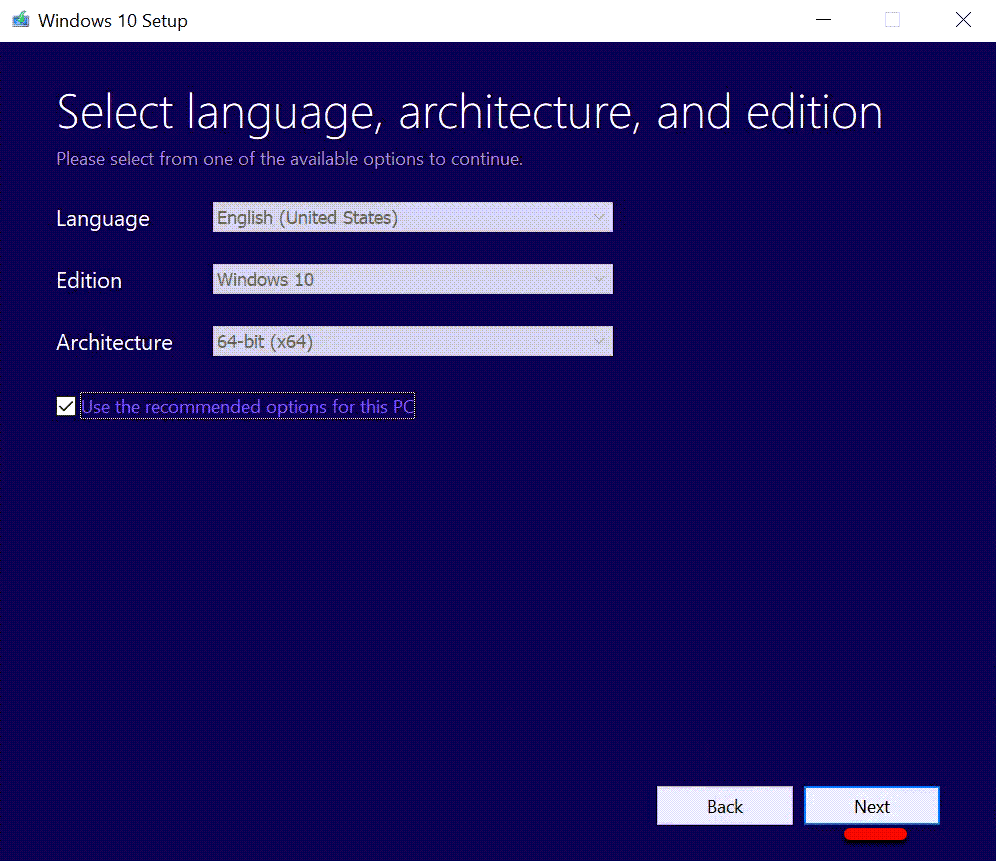 Select the ISO file for which media you want to use. And click Next. 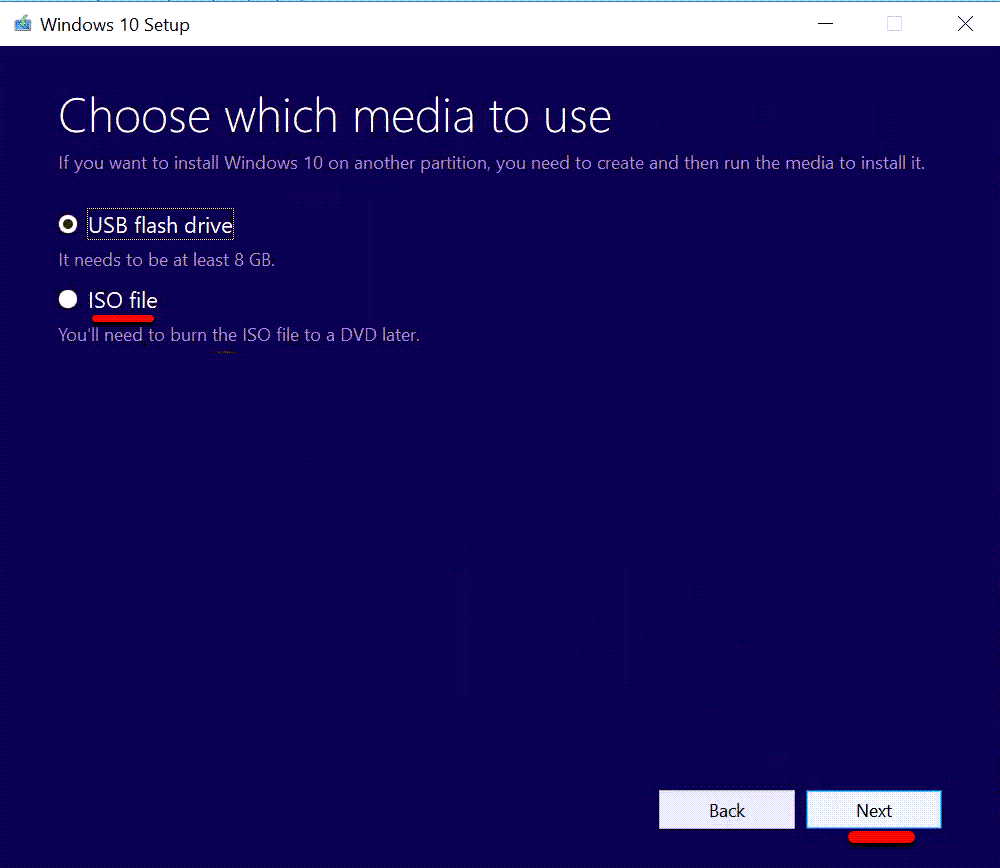 After it is done click Finish and you are done with ISO file. 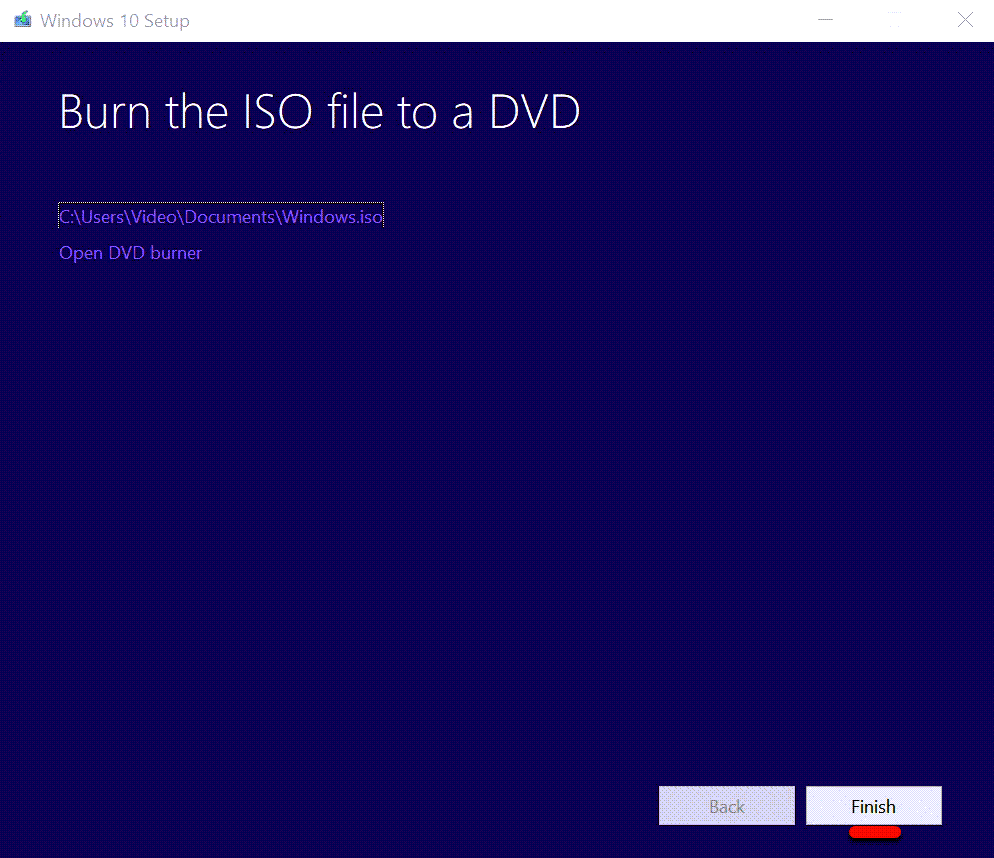 After the process of creating Windows 10 ISO. Switch on the machine with the Power button for booting your virtual machine. 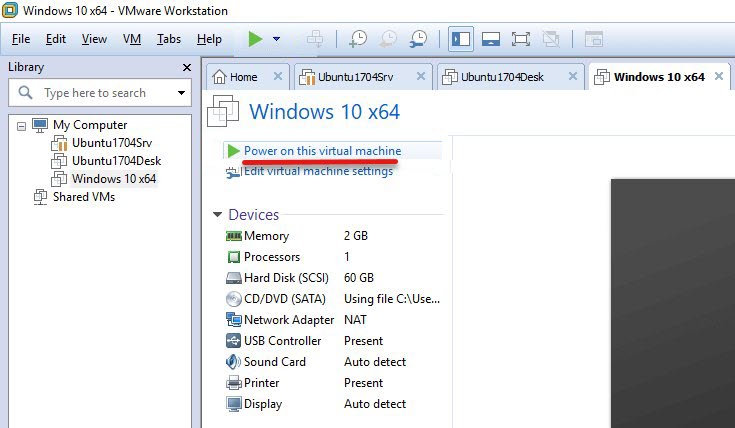 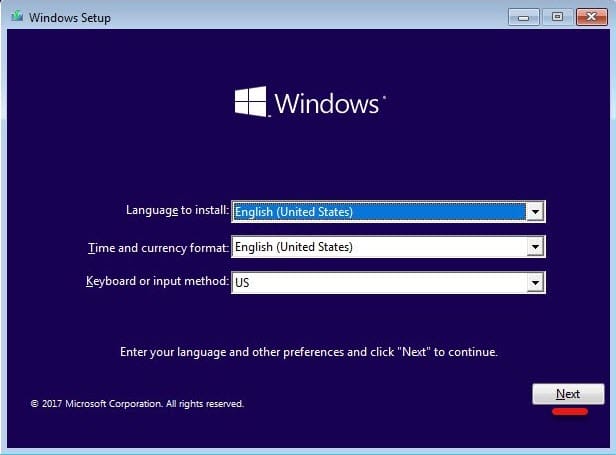 After the setup is done a window will appear with the option of Install. Click on the install button and it will start the installation.

On this screen, choose the type of installation you want. We recommend selecting the second option.

Select where do you want the Windows to install. Select the drive which has storage space. And click Next.

After this step, Windows will install and reboot and a page will appear asking your name and a password to create a new account.

The virtual disk drive and its installer will be loaded in your Windows 10. If it didn’t launch, go to File Explorer and launch the installer. On the installer, click Next with it until its done. There’s no setting there so simply click.

As the final results of the process, you will have your Windows 10 installed on VMware.

We hope you have learned some useful tips and tricks with this installation process.  We will keep making new content, and videos and keep you updated. That was how to Install Windows 10 on VMware Workstation Pro. If you face any issues, errors or you want to install any operating system. You can mention it in the comment section below and consider it in our next post.