Users have reported that a number of Google Pixel 5 devices have an issue that became apparent with the first shipments of the smartphone. They found that there was a noticeable gap between the device’s bezel and its display.

GSMArena also writes that several Pixel 5 devices suffer from this gap issue, and this naturally led to concerns about the degree of water resistance of the smartphone when it claims to comply with the IP68 standard. At the moment, only a small number of devices have been seen with this problem, but it looks like there have been additional complaints over the past couple of days. They could be seen on the official Google Pixel forums and even on other sites. The gap was found in several places on the surface of the phone, but always along the seam between the screen and the bezel . Most often, a gap appears near the front camera, while in some other messages they write that it is also found next to the SIM card tray or generally along the entire upper part of the device. This problem is also more common in the Just Black color variant, although Sorta Sage models also suffer the same.

It is noteworthy that the gap does not appear after using the Google Pixel 5, but is detected immediately after turning on the device. A possible explanation could be that the sealing process, in which the display adhered to the frame was performed with insufficient force or amount of adhesive. However, it is worth treating it with a grain of salt. We’ll have to wait for the official statement from Google to find out for sure.

Microsoft Edge For Linux – Browser Beta Now Available To Everyone 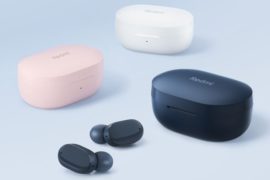