Home
Mac
How to Fix VMware Unrecoverable Error on macOS

Even if you’re a Windows user, you might still be interested in macOS at least in some features. However, Mojave makes it more exciting with its super-interesting features. And there are lots of reasons why you should install it. More importantly, it’s pretty much the best time to try it out as it’s quite old enough since bugs were moving around. With a few updates, Apple fixed a huge amount of problems and the fifth update just released recently that you can update to the latest version of Mojave now.

Throwback some days before, when installing Mojave on VMware, some of the users encounter VMware Workstation unrecoverable error which didn’t even let them play the virtual machine. However, they tried to fix it with toggling some settings but didn’t work.  There are two reasons why this happen. One of the reason is, you might haven’t inserted the code to the vmx file at all. Another reason which might have caused the error is, the code you inserted doesn’t work for the virtual machine so you need to make some changes which we’ve covered you with. If you’re stuck with any of these problems, here’s the solution to it.

We’re going to show you two different layers to fix the problem. If the first fix didn’t work for you, you may pursue next steps which will likely end up working for you, so let’s get into it.

When some of the user’s complaint about the problem. I started investigating but the problem was quite puzzling. I tried different fixes and solutions but none of them worked. Until I tried fiddling with commands on vmx file which left a symptom of the problem. Eventually, I tried some fixes to the command on vmx file which handed me over me from the problem with a pretty solid solution. If you’ve attempted to install Mojave on VMware and encounter with an error saying, “VMware Workstation unrecoverable error: (vcpu-0)”, here’s how to do a quick fix.

First things first, whether you’re using VMware Workstation or Player, make sure it’s completely closed. The fixes may not work if it’s open. 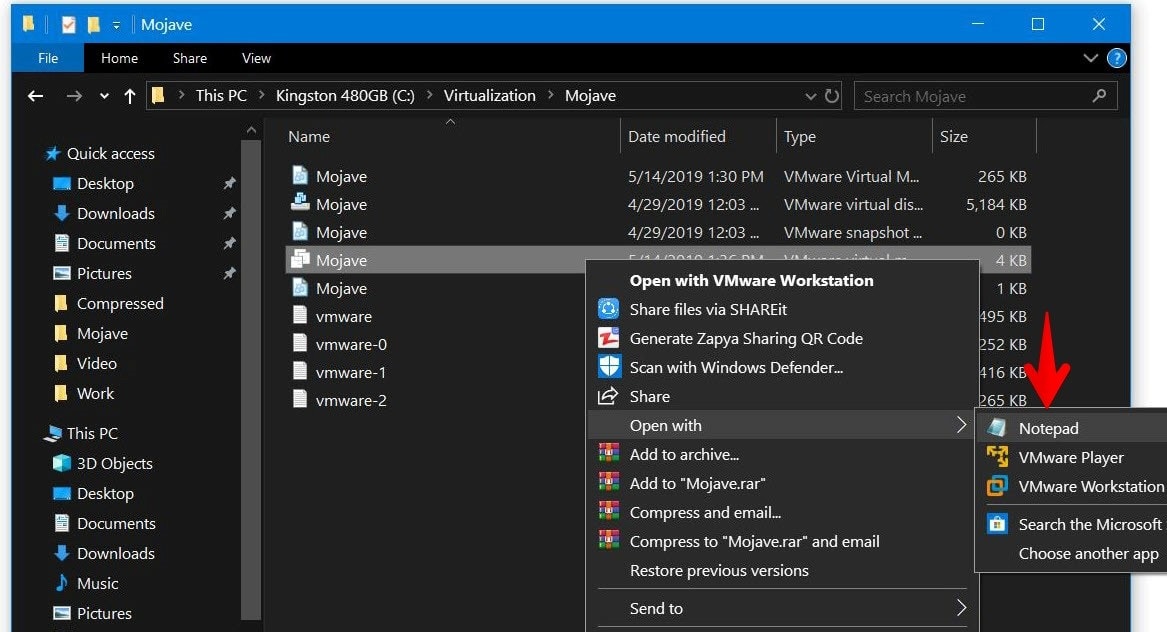 The Mojave file in Notepad window will appear. Now type the command at the very end of all the commands.

When it’s done, just save it and close it. Now try switching on Mojave and see if it boots. This will likely work if you haven’t added the command. If it doesn’t work for you, scroll down to the next step.

If you’ve done this and didn’t work for you, however, you need to make changes in order to fix it. In this case, don’t worry, stay calm and don’t go away, it’s an easy fix. All you need to do is change the command to this.

Yup, the quotation marks matter. When you’re done, save it by pressing Ctrl + S and close it. 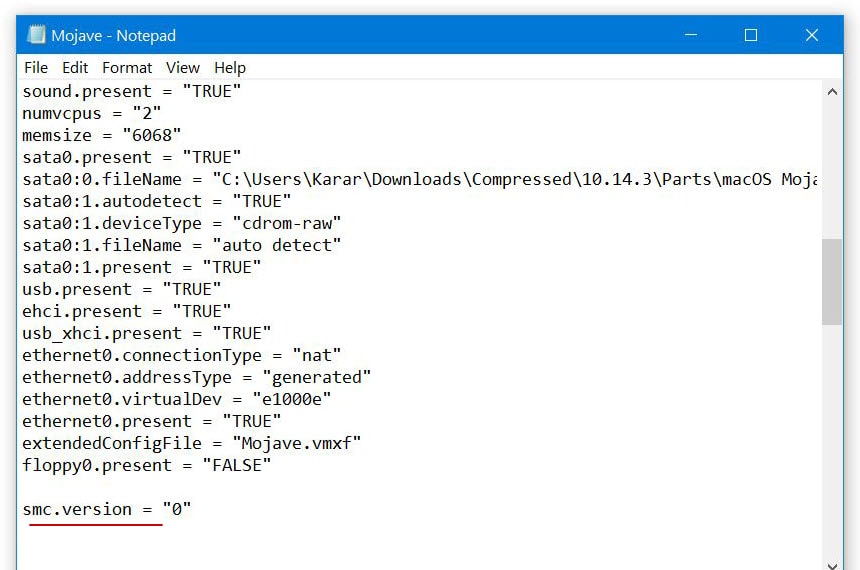 Next, open VMware and toggle the power button to switch on Mojave.

Power on the virtual machine

The Mojave will successfully run without any problem. If there’s some sort of problem out of here, you may want to check the fix for it from the instructions below.

That’s pretty much all to it. If you’ve something to tell us, we are happy to hear from you.