The Elder Scrolls Online, although branching off from its main award-winning franchise has inherited the same scale as some of its predecessors like Skyrim, Oblivion or Morrowind.

In fact, it would be no exaggeration to state that on this field it has surpassed many games in the franchise, except for maybe the first two titles, which were famous for having mind-boggling huge maps.

Having an entire continent and dozens of new mechanics and features, ESO can feel somewhat overwhelming to new players, so we decided to write this article in order to provide some tips on how to kick-start your adventures in Tamriel.

Depending on which expansions you own, you are going to start ESO in a smaller starting settlement where you will get your first bits of equipment, quests and ESO Gold, these tend to also be populated with NPCs that will get you acquainted with the setting.

So, as soon as the tutorial sequence is done, you want to get your exploratory side going, talk to everyone, get acquainted with the local culture, buy some alchemy ingredients from the store.

That is to say, get comfortable, no one is going to attack you while in a starter town, so you have this opportunity to get acquainted not just with Tamriel, but all the game’s systems.

Guilds are a huge part of your ESO experience, and you should get yourself affiliated with one as soon as you get the chance. Not just because they sell some of the best gear in the early game, but because each guild has its own set of special skills you can earn.

There are five main guilds, each with its own skill tree that has a set focus:

Fighters Guild: Focused on slaying the undead and daedra of tamriel, The Fighters Guild’s skill tree has something of a paladin Theme with techniques for vanquishing evil. These skills are gained by killing these foul creatures and destroying Dolmens.

Mages Guild: As a member of the mages guild your main concern is going to be searching and preserving knowledge. In return, expect to gain access to some exclusive spells and buffs for the magically inclined.

Thieves Guild: An association of scoundrels, cut purses and outlaws, the thieves guild offers exclusive benefits for those operating outside of the law. Those that gain reputation within this den of iniquity can expect a lot of gold, and easy way out of the law’s reach and special access to hidden treasure.

Dark Brotherhood: If the Thieves Guild is preferred by those seeking riches through theft, a member of the dark brotherhood can expect the favor of higher powers… if they’re willing to pay the blood price.

The Undaunted: Although the undaunted have their own skill tree just like any guild, they mainly provide a side questline focused on group dungeons.

No matter how you decide to spend your time in Tamriel, you will earn XP which will accumulate until your character reaches the next level, which will prompt you to claim your level up rewards and spend points into health, stamina or magicka.

Stamina is used for physical skills, that is, those that only involve physical attacks, while magicka (you guessed it) will be spent with your magic skills and spells.

Your skills actually level up separately from your character, so you will get the chance to upgrade them in between level ups.

Now, the last tip we are going to give you before you venture into tamriel is this:

Don’t worry too much about meta-gaming, or what skills are the best or worst, an elder scrolls game is all about telling your own story within the world the game provides you.

So, if you are a mage, don’t feel bad for not going for fighters guild, or vice-versa, no matter what someone in the community might have to say. Have fun your way.

4 Best Professions for Students in the IT Industry 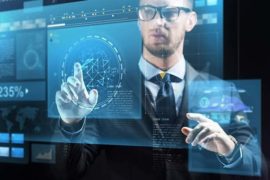 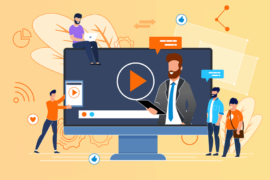 How To Apply Microlearning to Your Customer Service Training