Exploring a new operating system is pretty hard when you’ve no access to the operating system. In order to make access, you need to at least install it or have it installed somewhere else which you can make use of. Installing it is neither easy nor the process to do it. That’s where virtual machines come in. For making use of virtual machines, we’ll need the software. In this case, we’ve come up with a really different and beautiful idea. That is VirtualBox. In this post, we’ll download Oracle VM VirtualBox & install it on Windows. We’ll explain everything first and then head over to the steps in how to do it.

To know Oracle you need to know the Database. They are actually a collection of data. In past people used to print paper and collect them in a file. Today we are implementing those and even more than that in computers. from computer, these files are known as Database. The simple words Oracle is a computer-based Database created to store a larger amount of data in a computer system. this database, we can store different types of data like texts, numbers, videos and etc.

The physical files are now in computers and they are now digital files. These files in computers known as databases or oracle. In this database, we can store different types of data like texts, numbers, videos and etc. From computers everything has a digital and meaningful name and the digital name of data is known as a database but the file for a database is in is known oracle. The simple definition, Oracle is a computer-based database created to store a larger amount of data in a computer system.

What is the latest version of Oracle?

The latest version of Oracle is Oracle Database 19c multitenant architecture. This is the first database designed for the cloud and the “c” beside 19 is also because of the cloud. The previous version of Oracle was 11g and 10g. Oracle Database 19c also introduces 500 new features to the database. Most notably pluggable databases and multiple architectures. The Oracle Databases 12c release 12.0.1.2 version with oracle databases 19c in memory. An optional add-on that provides in-memory capabilities. These are some features of 19c oracle, and a small introduction for the new oracle.

This isn’t the end of this article, we have found many other features of oracle 19c and many in new Oracle such as communication trace file Analyser, Cluster health check, machine learning the user interface security, Big data and Data warehousing, Diagnosability, secure cluster and more.

VirtualBox is open-source third-party software that you can download completely free from us or VirtualBox official website and you can use it. With the VirtualBox installer file, you could install it on Windows like any other software. Once that’s done, you can install any operating system such as macOS, Linux, Ubuntu or any version of windows. For example, install macOS Catalina on VMware Windows. You can use that completely free. With the help of VirtualBox, you can run two or even more operating systems in only one computer.

Note: This is the latest version of VirtualBox as we’ve received the link from VirtualBox’s itself.

When the VirtualBox installer file is there, head over to the installation process.

First, fire up the VirtualBox installer file and hit Next on it. 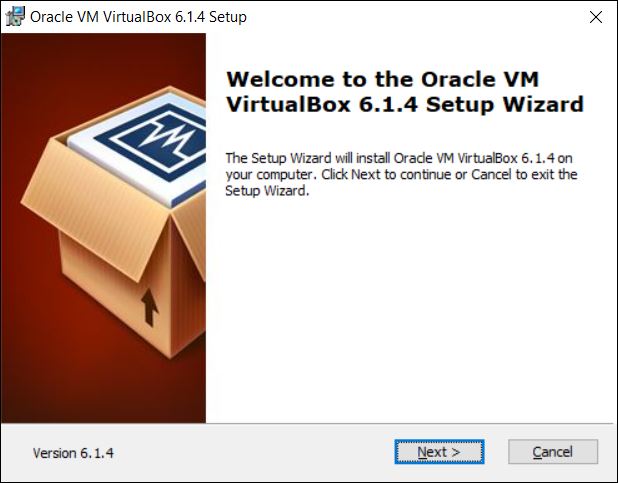 When it’s there, install it. 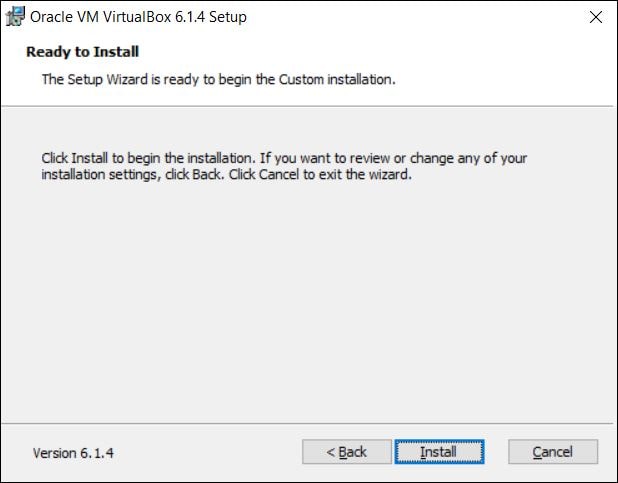 That will install the VirtualBox. The installation will pretty much over here.

We’ve done it! Now you can install any operating system on VirtualBox. We’ve provided the links.